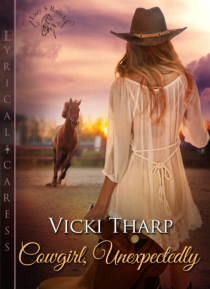 A Harley and a highway are all an Iraqi war veteran needs to soothe her restless spirit-until a pit stop puts her on the front lines of love . . . Settling down is not an option for Mackenzie Parish. Since the end of her tour of duty, the former Marine has been on the road, doing what she can to ease the pain of her wounded shoulder and mind. But when her money runs out, she takes a job on a Wyomi… ng ranch-and finds herself in unfamiliar territory once more . . . Mackenzie's lesson number one: a horse is definitely nothing like a motorcycle. But even knee deep in manure, and saddle sores aside, Mac finds comfort in the daily routine of hard work and the great outdoors. Only her bunkmate, Hank Nash, provides an unsettling distraction. The former champion bull rider has returned home to reconnect with his estranged daughter. Yet despite his own struggles, he has the patience to show Mac the ropes, and the sweet touch to draw her out of herself-and her painful past. But when the ranch becomes the target of violent threats, Mac will have to choose between the call of the road-and the man who has helped her feel whole again . . .

Other eBooks releases by Vicki Tharp